In 2014, PDBx/mmCIF became the PDB’s archive format and the the legacy PDB file format was frozen. In addition to PDBx/mmCIF files for all entries, wwPDB produces PDB format-formatted files for entries that can be represented in this legacy file format (e.g., entries with over 99,999 atoms or with multi-character chain IDs are only available in PDBx/mmCIF)

As the size and complexity of PDB structures increases, additional limitations of the legacy PDB format are becoming apparent and need to be addressed.

Restrictions in the SHEET record fields in legacy the PDB file format do not allow for the generation of complex beta sheet topology. Complex beta sheet topologies include instances where beta strands are part of multiple beta sheets and other cases where the definition of the strands within a beta sheet cannot be presented in a linear description. For example, in PDB entry 5wln a large beta barrel structure is created from multiple copies of a single protein; within the beta sheet forming the barrel are instances of a single beta strand making contacts on one side with multiple other strands, even from different chains.

Starting June 8th 2021, legacy PDB format files will no longer be generated for PDB entries where the SHEET topology cannot be generated. For these structures, wwPDB will continue to provide secondary structure information with helix and sheet information in the PDBx/mmCIF formatted file.

wwPDB regularly reviews the software used during OneDep biocuration. The _struct_site and _struct_site_gen categories in PDBx/mmCIF (SITE records in the legacy PDB file format) are generated by in-house software and based purely upon distance calculations, and therefore may not reflect biological functional sites.

Starting in June 2021, the in-house legacy software which produces _struct_site and _struct_site_gen records will be retired and wwPDB will no longer generate these categories for newly-deposited PDB entries. Existing entries will be unaffected. 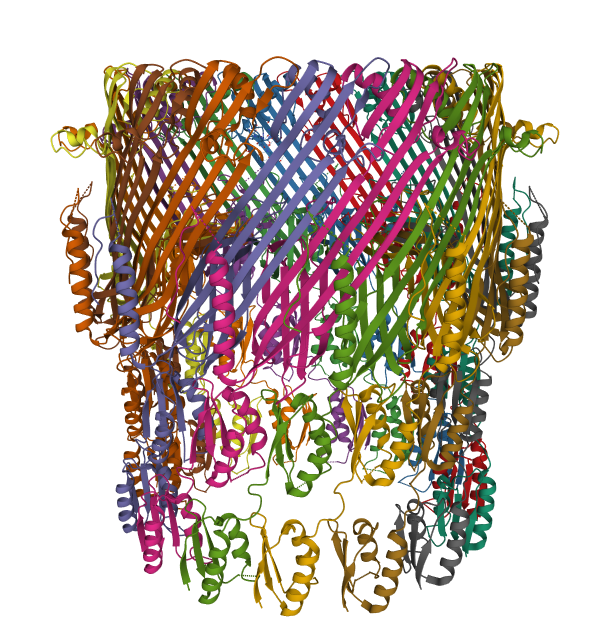